It concerns the representation of supply and demand, which technicians believe is reflected in price patterns.

To forecast future price movements, it analyzes historical price and volume data (which is reflected in chart patterns).

To find the prevailing trend in the market or a likely trend reversal, technicians look at the performance of key technical indicators.

The following assumptions are used to base technical analysis.

Fundamental analysis is a more long-term approach because the data they analyze are often released over a longer time. Quarterly financial statements are filed and any changes in earnings per share, such as price or volume, do not occur on a daily basis.

It is calculated by adding up-closes over 'n period to calculate the average and then dividing that by down-closes during the last 'n days.
RSI is a measure of price's ability to rise above 70. It can also indicate that the price is overbought if it falls below 30.

It is a trend indicator that measures the strength of the current trend. It is a combination of two price movement measures, the positive directional (+DI), and the negative (-DI). The strength of an upward trend is measured by the +DI, while the strength of a downward trend is measured by the -DI. These two measures can be plotted together with the ADX line. On a scale of 0 to 100, readings below 20 signals are considered weak trends, while readings above 40 signals are considered strong.

It is composed of 2 S. D. and moving average. Symbolically
20 DMA + 2 S. D. = Upper Band; 20 DMA - 2 S. D. = Lower Band.
According to Bollinger Bands theory prices would remain within a certain range based on the most recent price action.
The market is likely to have entered overbought territory, and therefore likely downward price reversal. However, the lower band may indicate market has reached oversold territory, and thus likely upward price reversal.

It is the average price for a specified period of time. It is also known as a moving average, because it represents the most recent average and keeps to the same time measurement.

It measures the degree of fluctuation between two exponential moving averages. It should be between a short-term EMA (12 days) and a long-term EMA (26 days).
An EMA of 9 Days is used to create a buy/sell signal. It is calculated using MACD. Symbolically
MACD = Short Term EMA (12) and Long TermEMA (26)
MACD crosses below/above the trend line indicate that there is a beginning or an end to the trend.

It's used to calculate how far the price has retreated from the underlying trend. There are three levels of retracements: 38.2%, 50%, and 61.8%.Fibonacci refers to a series that begins at zero and is structured so that the total of all numbers in the series equals that of the previous two numbers.

Have a look at the following:

Interesting Features from the Fibonacci Series:

The ratio 1.618 to 1 is known as the Golden Ratio also known as the Phi. You can see remarkable consistency in the ratio properties when a number that is part of the Fibonacci series, is divided by its immediate succeeding numbers.

Similar consistency can be seen when any number in the Fibonacci series is divided by a number two places higher.

Consistency is also possible when a number from Fibonacci has been divided by a number 3 places higher.

According to the report, securities market performance is affected by three cyclical trends: Primary, which refers to long-term movements that confirm Bull or Bear markets, Secondary, or Intermediary Trend, which refers short-term deviations from the underlying trend, and Minor, or Tertiary Trend, which are daily fluctuations in one direction.

Dow Theory can be used to identify trend and reversal both in the market and in individual securities. The fundamental tenet of Dow Theory is that trend and volume are positively related.

Ellioticians use patterns to classify price movements, which can indicate future price targets and reversals.

Impulsive waves are those that move with the trend. They can be found in five primary trends and three secondary trends. These eight waves movements make up a complete wave cycle.

The sequence repeats until it is completed. Bear market is the same. Inverted five-wave declines are followed by three waves of rally.

Elliot Waves can only be understood if you are able to locate the context of each wave.
To predict the top and bottom waves, Ellioticians use Fibonaaci Series.

All four price components are included in bar charts, including high, low, close, and open. The dash is on the left-hand side of the vertical bars. The closing price is on the right side of that vertical bar. 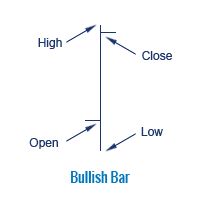 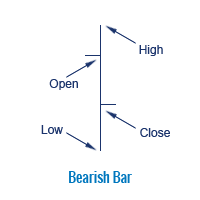 The candlestick chart has visual information that is more detailed than a bar chart, but it's similar to a bar chart. There are two types of candles: an empty candle is bullish and a filled candle is bearish. 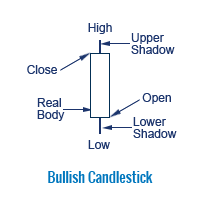 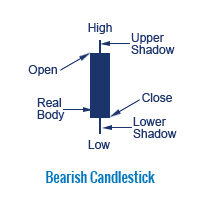 It is the stock closing prices over a given time period. It is created by connecting closing prices for a certain period.
Line charts don't provide visual information about trading ranges such as high, low or opening prices.

The closing price is considered the most important for the day.

In an ascending triangle the upper trend line tends to be flat and the bottom to trend is downward sloping. This pattern is usually considered bullish.

A breakout of either the upside or the downside is confirmation of a trend.

The wedge chart pattern can be either a continuation pattern or a reversal. A falling wedge is bullish, while a rising wedge is bearish.

The Head and Shoulder Pattern

These patterns form after a trend has been established and indicate a trend reversal. This is when the price movement tests support and resistance levels twice, but fails to break through.

Patterns form when price movements test resistance or support three times and are unable to break out. This indicates a reversal in a previous trend.

A cup and handle chart indicates a bullish continuation pattern. The upward trend has halted, but will continue upwards once confirmed.

Rounding the Top and Bottom:

A rounding bottom indicates a change in trend from a downward to an upward direction. This pattern is distinct from the Cup and Handle in that it does not have a handle.

Gap Down and Up:

A large, black body is followed by a smaller body that fills in the space below it. The next candlestick is a white body that extends beyond 50% of the body's black surface.
Interpretaion: A bottom reversal

A large, white body is followed by a smaller body. A third candlestick is a black body that closes at least 50% of the white body.
Interpretation: A top reverse signal.

The body is a large, black one with a small, white one underneath.
Interpretation: A bullish trend that is preceded by a downtrend.

The candle contains a large, white body and a small, black body.
Interpretation: A bearish trend that is preceded by an uptrend. 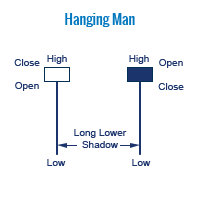 You can also make candles with other patterns.

Investment and importance of Diwali